QYT KT8900 has good form factor that fits in the palm of your hand. It’s a dual band radio 2m/70cm that supports dual frequency monitoring has an acceptable receiver capability for the price, good audio performance (loud and crispy). Supports FM radio broadcast listening moreover it has a built in repeater function that will work in combination of another QYT KT8900 or pair it with QYT KT8900D by just enabling the function on the menu system and adding a repeater interface cable which can be built easily with spare LAN cable, RJ45 connectors and crimping tool.

If it’s not for the faulty heat sinking then probably this radio will work longer than expected rather than giving up the magic smoke of the RF finals too soon.

Disassembling the radio to replace the broken RF finals reveals that the screw holding the heat sink is loose just secured by a piece of copper strip inserted to the metal spacer to float the heat sink above the RF finals.

The radio board showing the QYT RF finals

Replacing the RF finals is moderately easy provided you have the right tools a hot air rework station, solder flux, a pair of tweezers. The radio board backside reveals a slightly bigger heat sink which probably is intended to absorbed the heat more effectively by coupling it on the radio chassis, but without using a heat sink compound this also is not too effective to properly address the heat issue.

Time to replace the RF finals, apply the solder flux on the chip, heat the board just enough for the solder to melt at the bottom of the RF finals, remember that this is also attached to a copper heat sink below so heating it will take a little longer before you can see that a solder is flowing on the side of the finals. Once removed successfully replaced the finals with a new one. Good news for people living in the Philippines, the RF finals is now available by visiting your favorite electronics store in Gonzalo Puyat street in Sta. Cruz Manila price varies depending on the stores.

Preparing the fan modification on the radio chassis

Drilling the fan mounting hole with a drill step bit.

Preparing the screws holder by tapping a thread.

Putting it back together.

Finally the finished modification applied to the radio.

How did you solder the chip to the board, ? AKI, solder the bottom of the device to the lower heat sink? Or did you
just solder the tabs. ???

You need a rework station to be able to remove and re solder the component to the radio board. Sometime people use heat blower to do that if you have one check out youtube for reference in doing it with a blower. Cheers!

that is how I got it off, but how do you get the solder under the device to put it back on, without cooking the device

I got the lower heat sink off by using a micro flame, as the irons would not heat the heat sink up evenly, it came off clean
There seems to be too little room to feed solder in from the top side at the same time keeping the heat sink
at flow temp. Unless you have a sneaky way of getting it in there?

Usually you just need to be concerned on top, you don’t need to remove the bottom heat sink unless you want to change it. Applying little bit of solder and solder flux before placing the device on the same spot and reheating it will fix it in place. Cheers!

that’s is a good reference but the important thing is when the solder starts to flow it is around 217°C, and you have 60 to 150 seconds to align it properly not exceeding peak body temperature < 260°C

So far this is what I have come up with.
Solder part in place from the top
Solder a small bridge copper stub to the bottom of the device extending through the PCB
Cut a notch in the lower heat sink, letting the bridge extend through the notch
Solder heat sink to the bridge
use a flame touch to re-solder the heat sink into place. Starting at it’s edges

My thought is I can work quickly and stay below too much heat for the device…??

that’s awesome, cheers to that basically this is what I’m using when doing board level repair. 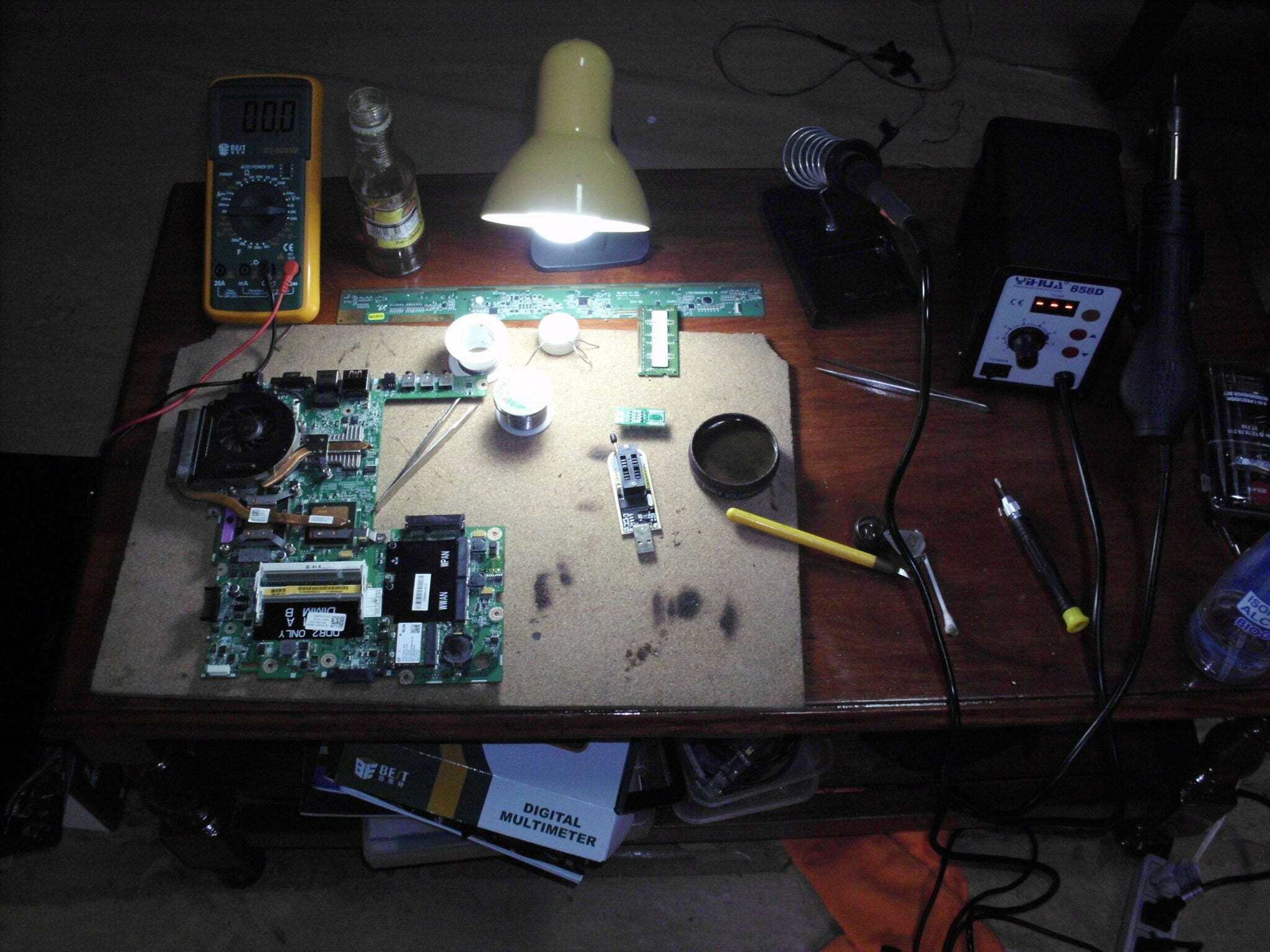 hi @Bon Consular – heatsink will definitely help in reducing heat directly applied to the radio finals thereby lengthening its usable lifetime (the bigger the better, its up to you on how you can fit it inside the case though), however it will eventually fail as it is overdriven to work at 25watts output power when the actual datasheet specifies that it is only a 6watts component see here: https://dw1zws.com/qyt-kt-8900-and-variants-rf-finals-aft05ms006nt1/

This site uses Akismet to reduce spam. Learn how your comment data is processed.

We use cookies on our website to give you the most relevant experience by remembering your preferences and repeat visits. By clicking “Accept”, you consent to the use of ALL the cookies.
Do not sell my personal information.
Cookie SettingsAccept
Manage consent

This website uses cookies to improve your experience while you navigate through the website. Out of these, the cookies that are categorized as necessary are stored on your browser as they are essential for the working of basic functionalities of the website. We also use third-party cookies that help us analyze and understand how you use this website. These cookies will be stored in your browser only with your consent. You also have the option to opt-out of these cookies. But opting out of some of these cookies may affect your browsing experience.
Necessary Always Enabled
Necessary cookies are absolutely essential for the website to function properly. These cookies ensure basic functionalities and security features of the website, anonymously.
Functional
Functional cookies help to perform certain functionalities like sharing the content of the website on social media platforms, collect feedbacks, and other third-party features.
Performance
Performance cookies are used to understand and analyze the key performance indexes of the website which helps in delivering a better user experience for the visitors.
Analytics
Analytical cookies are used to understand how visitors interact with the website. These cookies help provide information on metrics the number of visitors, bounce rate, traffic source, etc.
Advertisement
Advertisement cookies are used to provide visitors with relevant ads and marketing campaigns. These cookies track visitors across websites and collect information to provide customized ads.
Others
Other uncategorized cookies are those that are being analyzed and have not been classified into a category as yet.
SAVE & ACCEPT