This is the actual measurements of the cross yagi antenna I’ve used for satellite work, though the inline version of this yagi in which the VHF and UHF side are mounted inline but on the opposite side of the boom will also work for satellite communication. Inline version is here.

The bill of materials are similar to the inline version of this build except for the boom which uses 1 X 1 inch square boom. 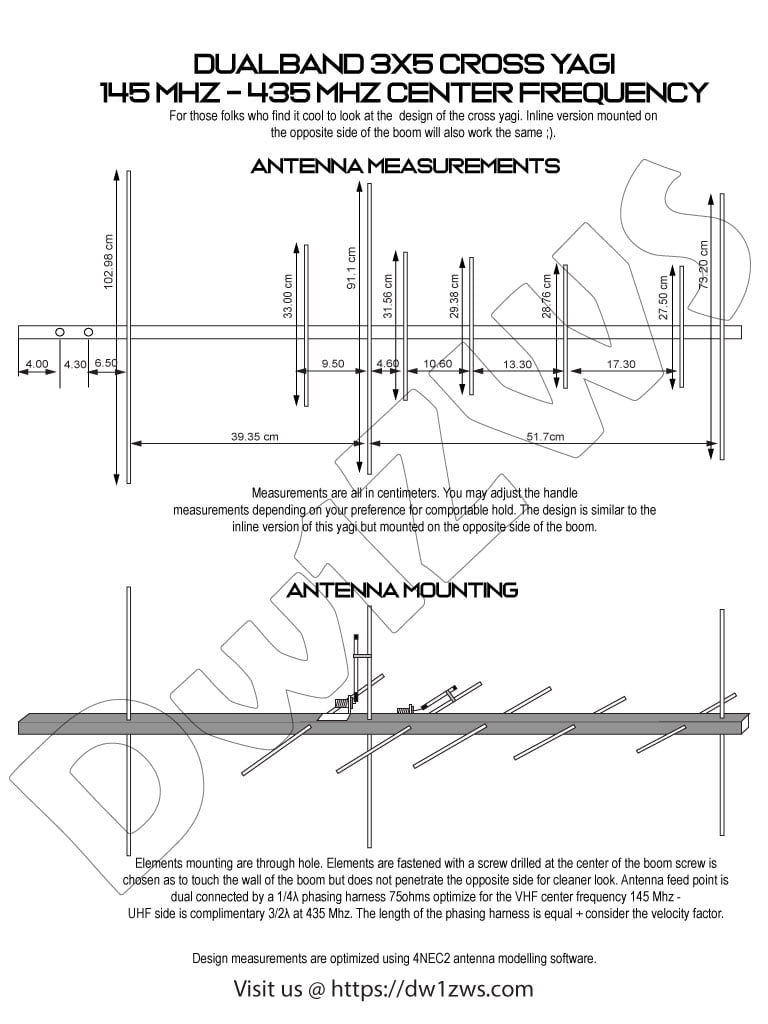 These are some photos I took when building the antenna.

Initial testing of this antenna

The fun part programming the radio before the hunt

Programming the radio with the satellite frequencies before the actual bird hunting. Since I work on a budget a Baofeng radio will suffice. I used a CIGNUS radio a rebranded radio that uses Baofeng internally ;). I encoded the frequency on the radio using CHIRP taking note of the CTCSS tone for each satellite and marking the channel name as name of the satellite and U for uplink D for downlink and A for arm to trigger some satellite timers before use.

Aside from programming the frequencies on your radio you also need a satellite tracker to predict the passes of the satellite you’re hunting. I uses Gpredict which works on both Windows and Linux machines, for Android you may use AmsatDroid Free version and tons of other satellites tracking apps on both Android and IOS.

The fun part really start when you begin the hunt and successfully received a very readable reception on your radio coupled with your homebrew antenna. If you’re not familiar with the actual satellite operations listen first until you feel comfortable pressing the PTT on your radio. Satellite resource hog are always frown upon so be courteous every time. Have fun!, and if you feel this will help someone feel free to share, thanks again!